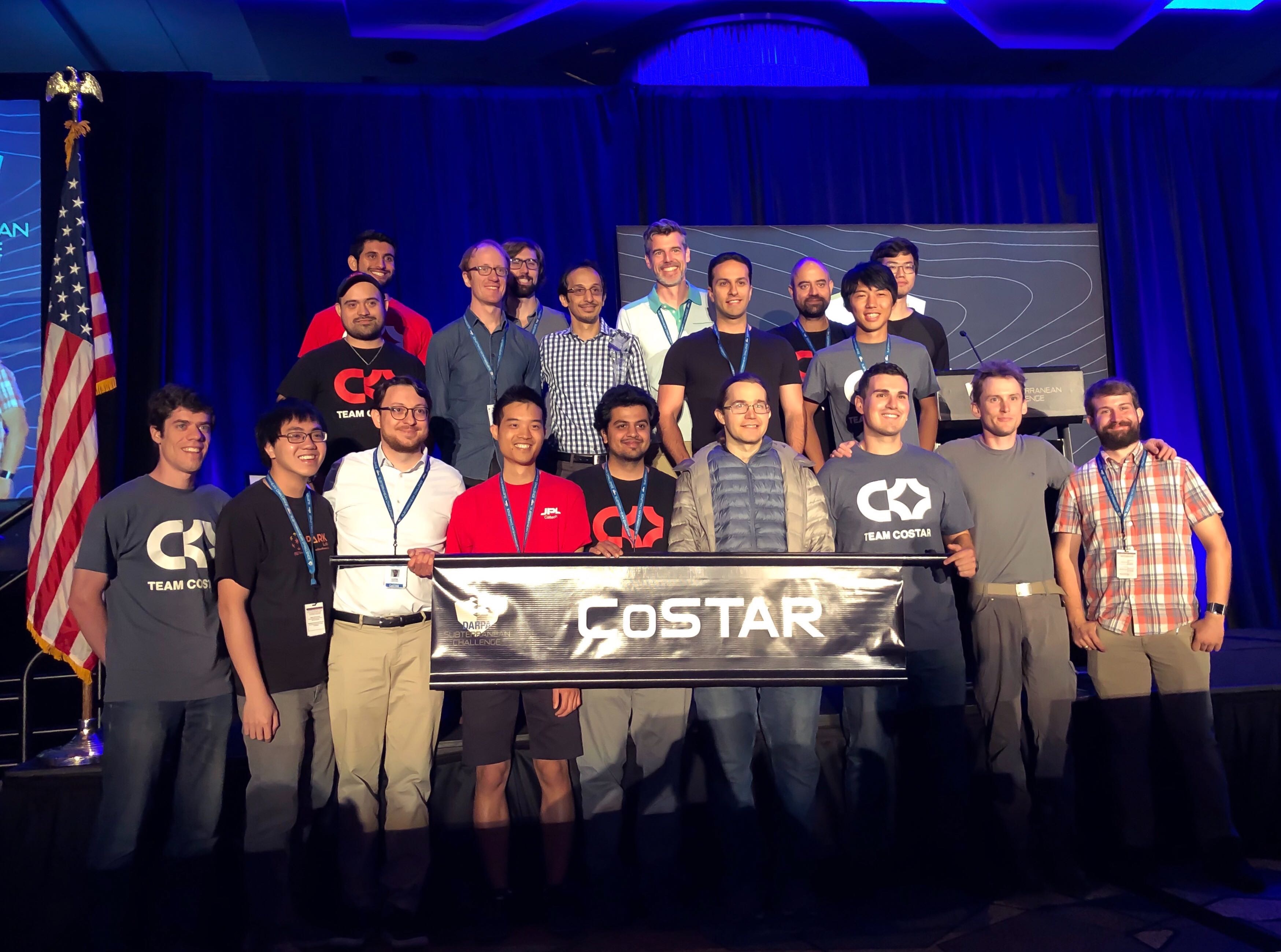 As the JPL press release explains, “the [DARPA] competition is intended to develop technology for first responders and the military to map, navigate and search underground. But technology developed for the competition will also lay the foundation for future NASA missions to caves and lava tubes on other planets.”

The first phase of the competition, the Tunnel Circuit, is being held August 15 - 22 in Pittsburgh, PA, in formerly operational mines managed by the National Institute for Occupational Safety and Health Mining Program. In this circuit, teams use autonomous robots to map and detect objects in a portion of the tunnels.

The Collaborative SubTerranean Autonomous Resilient Robots Systems team (CoSTAR) is one of 11 teams competing in the challenge, and is a collaboration between JPL, MIT, Caltech, KAIST, LTU and several industry partners. (In addition to Prof. Carlone, MIT is represented by LIDS student Yun Chang. Former LIDS postdoc Ali Agha is the Principal Investigator on the project.) The team will use wheeled rovers and tank-like tracked robots to cover the ground, and flying drones to find out-of-reach objects.

To learn more about the DARPA SubT Challenge see: https://www.subtchallenge.com/