Following his graduate studies at MIT in 1985, Patrick Jaillet held successive positions as a tenured faculty in applied mathematics at the École Nationale des Ponts et Chaussées (ENPC) in Paris from 1985 to 1991, and as a professor in management science at the University of Texas at Austin from 1991 to 2002. He came back to MIT as professor and head of civil and environmental engineering in 2002, joined LIDS and EECS in September 2009, and became the Dugald C. Jackson Professor in July 2010.

Prior to becoming head of civil and environmental engineering at MIT in 2002, Professor Jaillet was chair of the department of management science and information systems at University of Texas at Austin, where he also co-founded and was the first director of the Center for Computational Finance. He is a Fellow of the Institute for Operations Research and Management Science (INFORMS) and a member of the Society for Industrial and Applied Mathematics (SIAM), and served as Associate Editor for the INFORMS journal Operations Research from 1994 until 2005. He is also an Associate Editor for the scholarly journals Networks, Transportation Science, and Naval Research Logistics. 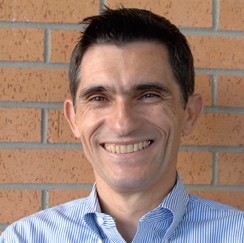